Remove the barriers and simplify the conversation between you and God 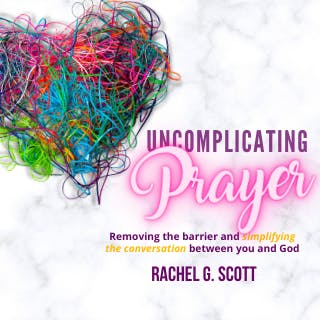 Join Thousands of YouVersion Devotional Reading Plan Subscribers that have been encouraged by this reading plan.

I’ve spent a significant part of my life as a Christ-follower. In my late teens and early 20’s, I slipped away for a bit but quickly came back to Christ when my circumstances became less than I knew God’s best was for me.

In all those years, I had been taught many things about prayer. In addition, I was raised by my father who was a strong intercessor with a passion for prayer. It was never a shock to wake up in the early hours of the morning and find my father sitting in the chair praying before he headed off to work. This was his posture in the morning and before he went to bed at night. I was certain to be a natural prayer warrior, yet in my early 30’s, I was confronted with a painful reality: I didn’t know how to pray.

(At least not the right way.)

Based on all the things I had learned about prayer along the way, it seemed that I had been doing everything wrong.

Pray on your knees; don’t stand up.

Pray in this order; say this first.

Put your head down; hold it up.

Eventually, I found myself wanting to pray but feeling like I didn’t know how to.

Want to read more of this devotional and connect with the I Can't Come Down Community. Sign Up Below.

We respect your privacy. Unsubscribe at any time.
Powered By ConvertKit